Listen to Podcast
Can you differentiate between IBS and SIBO? Small Intestinal Bacterial Overgrowth remains poorly recognized, despite over a thousand papers published in the medical literature. In this two-part program with Dr Michael Traub, we detail the diagnosis of this common and challenging condition.

SIBO occurs when excessive bacteria colonize the small intestine and cause serious gastrointestinal discomfort. SIBO can affect up to 80% of patients with irritable bowel syndrome, which makes it a common but complicated condition to diagnose and recommend treatment for.

In part one of this series, we highlight the risk factors, symptoms, and diagnosis of SIBO with Dr Michael Traub. Dr Traub is medical director of Lokahi Health Center in Hawaii. He is past president and current board member of the American Association of Naturopathic Physicians (AANP) and has been honoured by them as Physician of the Year. He is a globally renowned expert on SIBO.

History of SIBO
SIBO was first defined in a paper published in 1977, then it was recognized in the 1980s that SIBO is a disorder of motility of the small bowel and can be differentiated from IBS. More recently, SIBO has been more fully characterized and a connection has been made with the dermatological condition known as rosacea.


SIBO still under-recognized
SIBO remains poorly recognized in conventional gastroenterology, despite over a thousand papers now being published in the medical literature. The problem is that even though we have clinical guidelines and consensus statements for SIBO, gastroenterologists, like many conventionally trained physicians, are slow to accept new ideas such as SIBO.


IBS vs SIBO
Differential diagnoses for IBS versus SIBO can be a challenge because SIBO is characterized by the very same symptoms that we use as the criteria for the diagnosis of IBS, namely gas, bloating, abdominal discomfort, and either constipation or diarrhea or alternating constipation and diarrhea.

Other symptoms that can accompany that, but those are the cardinal symptoms of these two diagnoses.


Diagnosing SIBO
A very detailed, thorough history of the patient is required. Physical examination will rule out an abdominal mass such as a pancreatic tumour.

A breath test will determine whether the patient has elevated levels of hydrogen or methane gas or both in their breath. We check breath because this overgrowth of bacteria and other types of organisms in the small intestine produces gas by metabolizing fermentable carbohydrates.

Gas produced in the gut is absorbed into the bloodstream. The blood then goes to the lungs and we exhale those gases with each breath.


Impaired gut motility
One of the things that really impacts the risk for SIBO is impaired motility of the small bowel. Just as our large intestine has peristaltic waves that help to move waste through, in the small intestine, a similar type of peristaltic contraction exists called the migrating motor complex.


Dietary factors
High-fibre diets can predispose to SIBO because those bugs like to ferment fibres. A high-sugar diet is also a risk factor. Patients who have been on a high-carbohydrate diet, including those who are vegetarians, will tend to have a lower protein and lower fat diet and a higher proportion of their calories is coming from carbohydrates.


Anxiety and SIBO
Individuals with anxious personalities are at increased risk. It is a snowball effect because when you have the symptoms of irritable bowel syndrome, then you have anxiety about those symptoms happening every time you eat, or when you go out or when you are having a meal with friends.

Patients will often just avoid those types of social activities because they need to be near a toilet.


Timing SIBO tests
Testing should not be done right after a course of antibiotics; give patients at least two weeks after completing antibiotics. Also, have them follow a standard preparatory diet the day before the test where they eat very limited items such as chicken, eggs, and beef. Patients should avoid fermentable carbohydrates during that day.

Sometimes it is obvious because people have some sulfur-tasting burps or sulfur-smelling gas, but those are not objective measurements.

This new test can measure hydrogen sulfide production, as well as hydrogen and methane, and is called Trio Smart.

“The World Wide Web allows non-professionals outside medicine to create blogs and websites and podcasts, so there's a lot of poorly informed or misinformation about SIBO.”
Dr Michael Traub 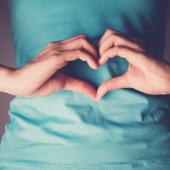