It is reported that infertility affects 15% of all couples and contributes to their difficulty in achieving a pregnancy. Up to 30-50% of this abnormality is associated with male partners. In this Guest Blog, Dr Venket Rao analyses the latest science behind treating this perplexing condition with phytochemical nutraceuticals.

It is estimated that about 7-10% of adult men in their reproductive years (20-50 years of age) could be infertile. Of these infertile men, up to 25% are estimated to have nonspecific or idiopathic infertility. Unfortunately, for these men, medical therapy has generally been ineffective in improving sperm quality and fertility. In a significant number of such infertile men, the etiology of their infertility is not fully known. Obesity, metabolic syndrome, alcohol abuse, cigarette smoking, and exposure to environmental pollutants appear to play an important role in a proportion of infertile patients.

In such conditions, a chronic inflammatory process occurs that yields to the increase of seminal concentrations of reactive oxygen species (ROS) indicating exposure to oxidative stress. Oxidative stress has been suggested as an important contributory factor in male infertility. Significant levels of ROS are detectable in the semen of up to 25% of infertile men, whereas fertile men do not produce detectable levels of ROS in their semen.

It is hypothesized that as the levels of ROS increase, they react with the cell membrane components of normally functional cells, resulting in nonfunctional cells and infertility. Antioxidants are thought to play an important role in mitigating the damaging effect of ROS on sperm cells and maintaining their normal function. To date, several studies have evaluated the role of antioxidant vitamins and phytonutrients (nutraceuticals) in male infertility.

Recognizing the importance of male infertility and finding less invasive and use of more natural bioactive phytochemical nutraceuticals in the management of male infertility, the current article was published with the aim of analyzing the clinical evidence on the effectiveness of nutraceuticals in the treatment and management of andrological diseases including fertility, sexuality, and prostatic diseases. The aim was also having a position statement on the use of nutraceuticals from the Italian Society of Andrology and Sexual Medicine (SIAMS).

Commentary: In this commentary, only the studies relating to infertility will be addressed. Authors used internationally recognized coding system to search for published articles relating to the use of nutraceuticals in male sexual and reproductive disturbances. They adopt the definition of nutraceuticals as coined in 1989 by Stephen De Felice as “a food or part of it that determines the overall health benefits, including prevention and/or treatment of diseases”, although nutraceuticals include many different products now. However, the most commonly studied are bioactive components (phytonutrients/phytochemicals) from plant sources consisting of “roots, seeds, pollen, bark, or fruit, alone or in combination”. They reviewed metanalysis related articles as well as original research articles in their evaluation of evidence and arriving at their conclusions and recommendations.

In Table 1 of their article, the authors provide information regarding the main nutraceuticals used for the treatment of male infertility. They include vitamin C, carnitine, carotenoids (lycopene, β-carotene) and coenzyme Q10.

In summary, based on the evidence available so far, they:

It should be pointed out, however, that other researchers have shown positive benefits relating to male infertility of using antioxidant phytochemicals such as carotenoids including lycopene. Undoubtedly, more well-designed clinical trials will have to be undertaken in the future to provide credible evidence for the use of nutraceuticals in the management of male infertility. 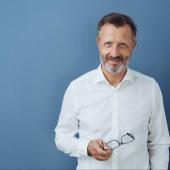