The use of psychedelics in medicine is undergoing a renaissance. And this time not as hippy-trippy drugs that helped define the 1960s counterculture. Today, these therapeutics are being investigated for treating conditions such as major depressive disorder, severe anxiety and substance abuse.

If you're new to this area,  we are talking today about psilocybin, which is found in about 40 varieties of mushrooms. But psychedelic therapy covers numerous substances including mescaline, MDMA, LSD and ketamine.

Psychedelic therapeutics are moving from the fringes of medicine to the mainstream. Today we are going to take a look at the science behind the headlines. And to guide us along the way, we are talking to our leading expert on mushrooms, Dr Michael Traub, ND FABNO.

Dr Traub is past president of the American Association of Naturopathic Physicians (AANP), and has been honored by them as Physician of the Year. He has practiced in Hawaii since 1985, and is medical director of Lokahi Health Center.

The pioneering psychiatrist who coined “psychedelics”
Most people are surprised as to how much research was conducted on the therapeutic applications of psychedelics back in the 1950’s and 1960’s.

In the 1950s a group of pioneering psychiatrists showed that hallucinogenic drugs had therapeutic potential, but the research was halted as part of the backlash against the hippy counterculture.

Humphry Osmond coined the term psychedelic, meaning ‘mind manifesting’ and although his research into the therapeutic potential of LSD produced promising initial results, it was halted during the 1960s for social and political reasons.

Today’s explosion of interest in psychedelic medicine
The book and Netflix series "How to Change Your Mind" by Michael Pollan has brought mainstream attention to the story of psychedelic research.  He went from being a skeptic to an advocate and a participant in this burgeoning science.

Psychedelics for the treatment of mental disorders
From depression to addiction, psychedelic drugs offer new hope for people with mental health disorders.

There are numerous studies that have been published using psilocybin for depression and also in people with mild cognitive impairment or early Alzheimer's disease.

Psilocybin can also be used for treating co-occurring major depressive disorder and borderline personality disorder.  Psilocybin is being used in assisted group therapy for demoralization in patients who have long term aids. It's also used for depression and anxiety in patients with Parkinson's disease.

It's being studied for the symptoms of depression and burnout in health care clinicians as a result of their frontline work in the COVID pandemic.

It's being shown to be useful in eating disorders like anorexia and binge eating and body dysmorphic disorder. And it's been used successfully in obsessive compulsive disorder as well.

While the research on psychedelic medicine for mental illness is still considered new and emerging, some studies have shown compelling results.

Contraindications for use of psychedelics in treating mental health disorders
Patient safety is always the number one priority. These experiences are designed to facilitate healing, and it is counterproductive to embark on a healing journey that has the potential to do more harm than good.

A few examples of psychological contraindications are suicidal ideation, schizophrenia, or active mania or hypomania as seen in bipolar personality disorder.

Examples of potential physiological contraindications can include a medical history of high blood pressure, abnormal heart rate, pregnancy or glaucoma.

Psychedelic therapy in the treating addiction
Alcoholics Anonymous, the largest abstinence-only addiction recovery program in the world, was founded by Bill Wilson. After trying LSD, Wilson believed recovering alcoholics could benefit from taking LSD as a way to facilitate the “spiritual experience” he believed was necessary to successful recovery.

Psychedelic therapy has been found to be effective in people who have methamphetamine use disorder in combination with psychotherapy.

It’s also been found to be helpful in people who are addicted to cocaine, to cigarettes, to alcohol and to opioids. It’s been shown to help people come off opioids in combination with buprenorphine also known as  suboxone. The psychedelic therapy is not part of a detox management protocol, it's working on the psychological aspect of the addiction; the cravings and obsession.

There are new studies around the management of chronic pain.  It's been found to be effective for various types of headaches, including migraines and post-concussion syndrome as well as chronic cluster headaches.

It's been useful also in phantom limb pain where people have an amputation and they still have pain in the missing limb. Individuals with lower back pain and fibromyalgia have responded well to psilocybin assisted therapy as well.

Psychedelic therapy in treatment of cancer
There have been studies completed on psilocybin for patients with anxiety and depression due to their cancer, patients who feel demoralized while they're receiving hospice care and other other types of palliative care.

Psilocybin has shown long term effectiveness in patients who have been followed up with psilocybin assisted therapy for this existential distress in patients with cancer who are still surviving their cancer. Psilocybin can give people a different spiritual or metaphysical outlook on death, something that is unique to this type of medicine.

Legal status of psychedelic therapy in USA and Canada
Psychedelic drugs are still illegal in nearly every state, with a few notable exceptions. They are categorized as Schedule I by the US Food and Drug Administration, but clinical trials are ongoing to challenge this classification.

Oregon became the first state to legalize and regulate psilocybin in November 2020. Small scale drug possession was classified as a civil violation with a $100 fine.

In Canada, activities with magic mushrooms, psilocybin and psilocin, such as sale, possession, and production, are illegal unless authorized by Health Canada, for example, through the issuance of a licence or exemption for clinical study.

“There are many, many experienced individual physicians and therapists who have a long experience of guiding patients through these experiences. In fact, the evidence tells us that when you are using psychedelics as part of a therapy, doing it with a therapist improves the outcome.

So if you feel any of your patients may benefit from this and they fancy a short holiday in Oregon, they need to find themselves accredited individuals with a good reputation and experience in this area, because while it's very rare, bad trips are not unheard of.” Dr Michael Traub ND FABNO 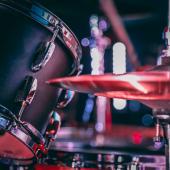